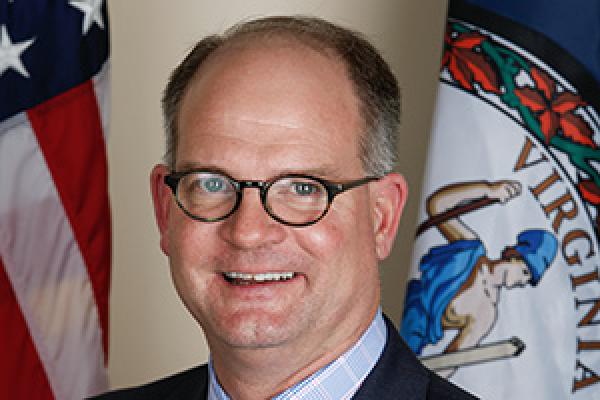 Senator Monty Mason is a Democrat who represents the 1st Senate District and is an alumnus of the Sorensen Institute Candidate Training Program.

“Sorensen works to promote the civility of discourse, the congeniality of debate. I can disagree vehemently with someone on the Senate floor and then work closely with that person the next day. There is no reason you can’t get along with someone you disagree with.”

Senator Mason’s career in finance and his interest in economic development led him to run for the House of Delegates and then the Senate of Virginia where he currently serves on the Agriculture, Conservation, and Natural Resources; Commerce and Labor; General Laws and Technology; Privileges and Elections; and Rehabilitation and Social Services committees. He also serves on the Sorensen Advisory Board.

After researching a range of training programs, Senator Mason enrolled in Sorensen’s 2010 Candidate Training Program because he felt it offered him exactly what he needed as a new candidate. He said of Sorensen, “I wanted the professionals to give me the lay of the land.” To this day, he still uses much of what he learned in the program from setting and sticking to boundaries, to applying debate techniques that promote civility, to cultivating relationships with people of differing political perspectives through respect and patience.

During his four-day Candidate Training Program, Senator Mason was teamed up with a classmate who stated that she could not imagine having a relationship with a Democrat, much less a friendship. However, over the course of the program, she and Mason developed a great rapport and friendship: This experience “gets to the very core of Sorensen’s programs - civility in politics and debate.”

Keen to share his own insight and experiences with the next generation of leaders, Senator Mason attends a Sorensen program each year to speak to the new Sorensen participants.