Today was the first day of class for the second week. After getting to wake up later on the weekend, some were less prepared for the return to the normal schedule. After a late start to breakfast, we headed down to classes, only to realize our classroom had moved to a new location! The new classroom was a welcome change for some, and worse for others, including the person who got lost (you know who you are).

We had the honor of hearing from Leah Brown, who talked to us about the “Separate but Equal Act” and how it unfairly negatively affected schools with black students. It was shocking to learn about and we all appreciated the in-depth look into Virginia’s rocky past and learning about the brave Barbara Jones, who stood up for her rights and led a school-wide strike at her high school, Moton High. After that, we heard from Delegate Reid, who talked to us about his experience as the first black elected Virginia state legislator since the Reconstruction. It was a riveting topic, and we enjoyed hearing from the two of them.

After our usual lunch at Observatory Hall, we resumed our classes, hearing from Jacob Fish, the Director of Criminal Justice within the Strategic Initiatives Team at Stand Together. He explained that Stand Together was a philanthropic organization that was instrumental in the passage of the historic criminal justice reform bill, The First Step Act. Following his session, Ms. Campbell split us up into groups where we discussed role models and communication. We shared where we felt we needed to improve and how these skills would be valuable both within and outside Sorensen. Lastly, we heard from Jonathan Dromgoole, a Senior Member of the LGBTQ Victory Institute. He is also the President of the Democratic Latino Organization of Virginia and shared his experience being an LGBTQ+ Latino in Virginia.

Following dinner, the class dressed up in their best outfits and trekked through the humid evening to the UVA Rotunda. At the Rotunda, we had headshots taken and finally a group picture before returning to Gooch to rest. All in all, an A day. 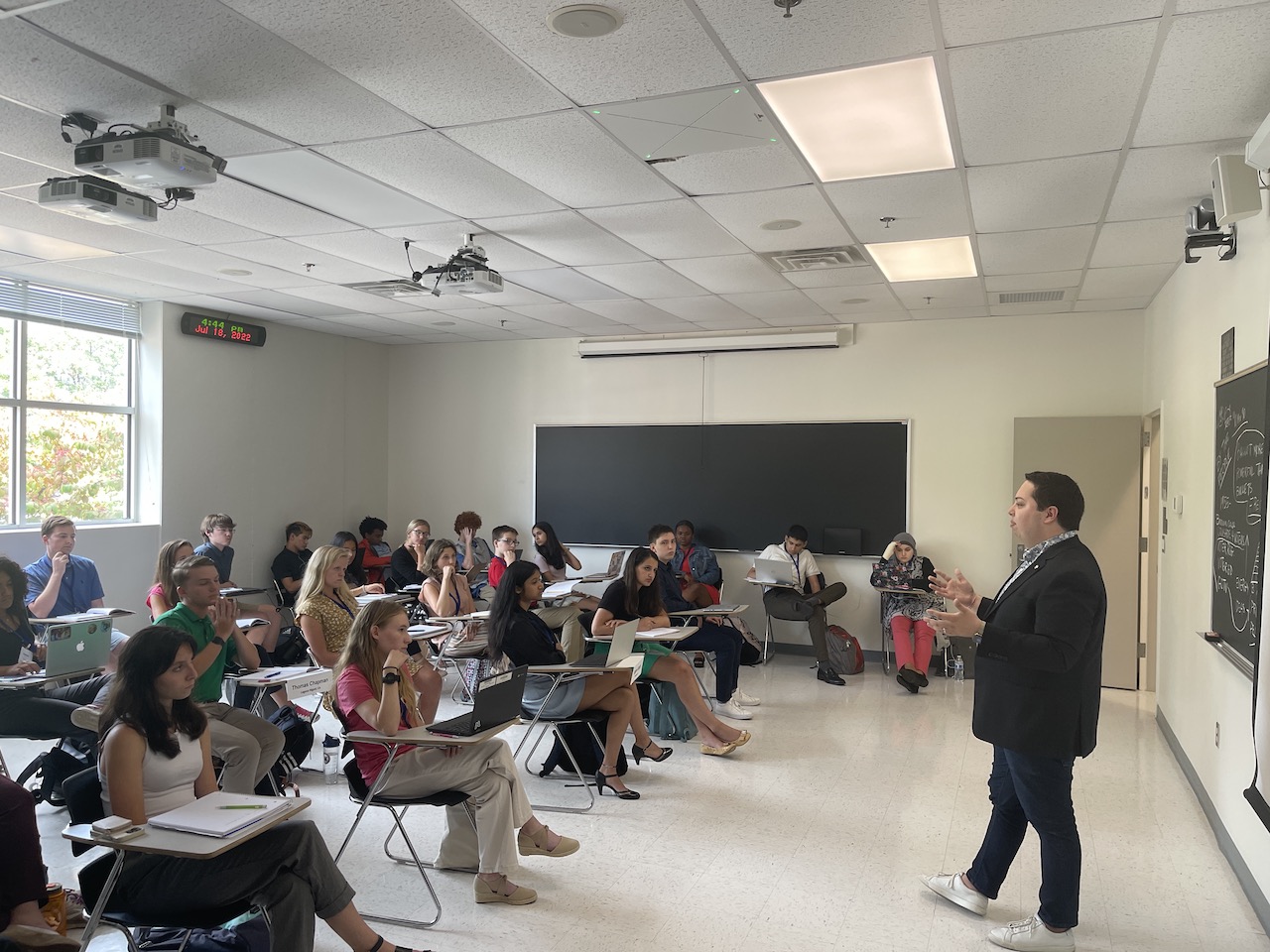