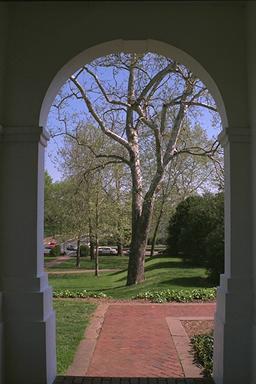 The Sorensen Institute for Political Leadership was founded in 1993 to bring together diverse individuals with a passion for politics and public service. All have a wide variety of viewpoints and backgrounds but want to work together for the common good. Our non-partisan mission is to strengthen and enhance the quality of government at all levels throughout Virginia.

Through a variety of programs—for high school and college leaders to first-time political candidates and influential business and community leaders—the Sorensen Institute has established itself as a powerful and effective force for restoring public confidence in our political system.

At the heart of every Sorensen program are three central themes: ethics in public service, the power of bipartisanship, and a concentrated study of public policy issues.

Currently 27 program alumni serve in the Virginia General Assembly. In 2017 an alumnus was elected Governor of Virginia. Currently, Congresswoman Elaine Luria (PLP 2017) serves as the representative for Virginia's Second District.

Hundreds of graduates of Sorensen’s programs hold positions in local government: as mayors, council members, supervisors and other elected positions all over the Commonwealth. Other alumni are serving in critical positions of leadership in nonprofits, local governments or in the private sector.

The Sorensen Institute was founded by Charlottesville businessmen Leigh Middleditch and Michael Bills as the Virginia Institute of Political Leadership in 1993. The first class of Political Leaders graduated in the spring of the following year and included future State Senator Emily Couric. The organization took the name of generous benefactor Thomas C. Sorensen in 1997 shortly before he passed away.

In 2007 the Carnegie Foundation for the Advancement of Teaching recognized the Sorensen Institute's College and High School Leaders Programs as among the very best in the nation and a national model when it comes to giving young people the skills and motivation to become politically engaged in their communities.

WHTJ-PBS has produced a documentary about the Sorensen Institute's flagship Political Leaders Program. A film crew followed the Class of 2007 throughout the year and chronicled the experience of its members. The documentary enjoyed its television broadcast premiere in May 2008 and today is available online.

Our offices are located at 2400 Old Ivy Road in Charlottesville.