Today was the first day of the second week of our Sorenson experience. The morning was dedicated to class with Tom Walls, where many topics were discussed. First, we went over four different models for understanding the policymaking process. Those can be incredibly useful tools when trying to get legislation passed. Next, we discussed different ideas in public policy that have surfaced in recent years, along with the process that leads ideas to gain traction, seemingly out of nowhere. The last two topics of the morning were the Atlantic Coast Pipeline and the decision to expand Medicaid in the Commonwealth of Virginia. For these topics, we focused on the reliability of numbers and articles by evaluating a few sources in small groups.

After we ate lunch, which was a delicious variety of fried foods, we had the pleasure of listening to speakers whose specialties were primarily in lobbying. The first speaker was Jeff Britt, a lobbyist with McGuireWoods, who presented in conjunction with Felix Sarfo-Kantanka, who handles External Affairs for Dominion Energy. They’ve previously worked together on opposite sides of political battles, and they are both graduates of the Sorensen Political Leaders Program. Both lobbyists shared about their experiences making relationships with representatives from many localities. Our next speaker was Ken Heath from Marion, Virginia. Mr. Heath talked about his program for entrepreneurship that helped the declining small town of Marion grow into a strong and vibrant rural community. Mr. Heath focused on teaching us that when making policy, you must define a problem, then determine a solution. After a short five-minute break, our next presenter, Katelyn Bledsoe, shared her experience as a former NRA lobbyist who now works for the organization, Stand Together. She focused her talk on the non-partisan politics of being a lobbyist. Before long, our final speaker came to present. Rachel Bitecofer is a Doctor of Political Science at Christopher Newport University. Dr. Bitecofer is a political forecaster who had an almost perfect prediction of the 2018 election. It was empowering to hear her talk about being the only female political forecaster in the United States. 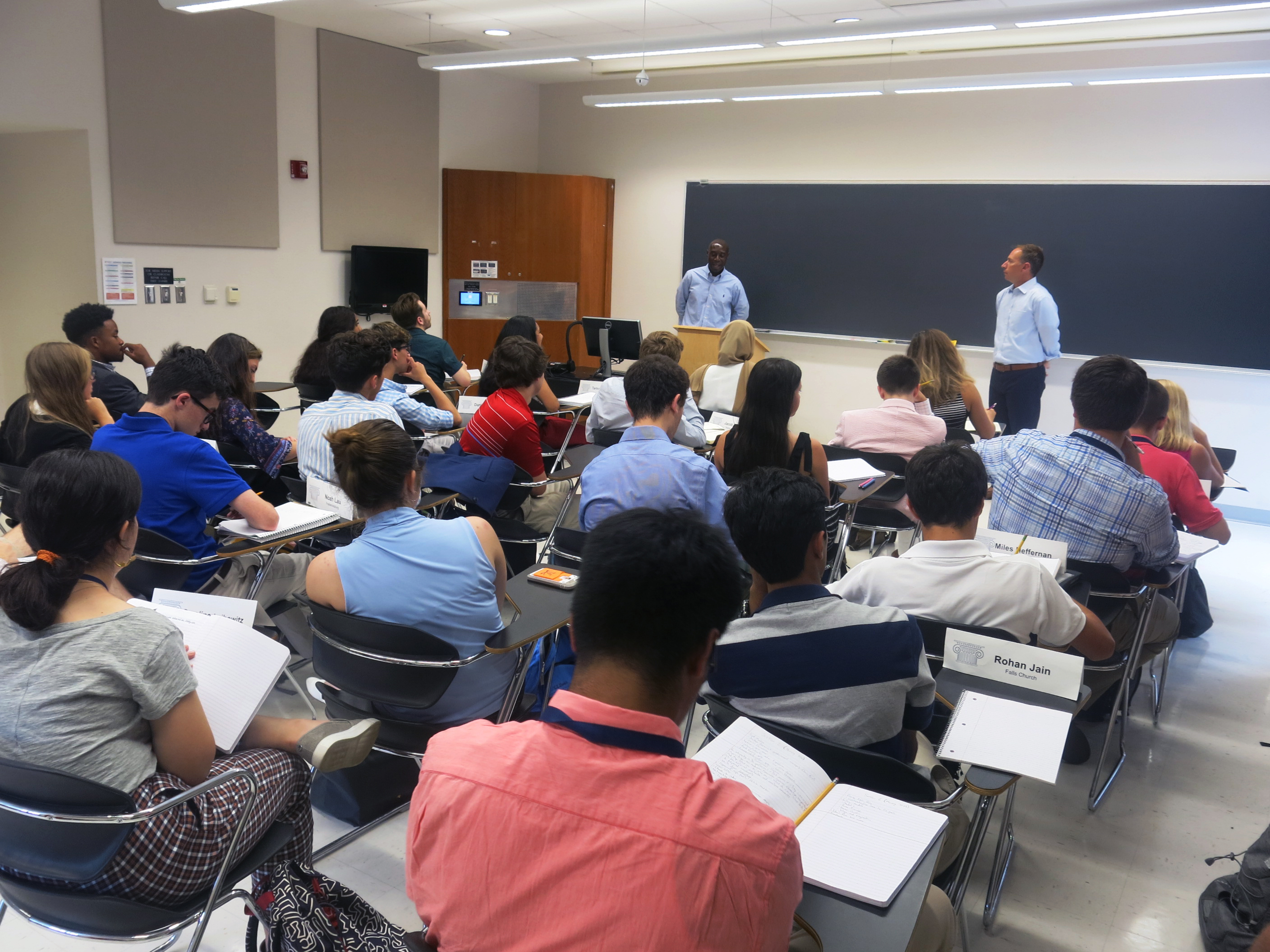