Today was the long-awaited Senate Simulation. After breakfast at O’Hill, we traveled to New Cabell Hall to start the exercise. The room was filled with excitement when Nicole started to explain the rules of the simulation. We were told the idea of the simulation: to work across the aisle, no matter what party you were in. It is safe to say that our goal of bipartisanship was accomplished. We started by breaking into our caucus groups. The Republican and Democratic caucuses first voted on our planks and legislative goals. Since we were all representing an actual senator, we had to combine our priorities for the better of the party. We then elected the majority leader, Abby, and the minority leader, Elizabeth. The majority party decided on bills that we automatically wanted to kill, and signed up for the committees we wanted to be on. The three committee options that we could sign up for were Regulation, Government Services, and Redistribution. Each of the committees met to decide if a bill was passed, amended, tabled, or flat-out killed. W then met back with our parties to discuss strategy. We had a very good lunch from Panera, which was an all-time favorite. The majority party, the Republicans, got to decide the order in which the bills were presented. When chamber session began, it went fairly quickly. P.T. passed a motion to only discuss a bill for five minutes. This might seem short, but we started the day with 64 bills and were able to talk about 20. Only one bill that we passed got vetoed, so we did get a lot accomplished. We learned a lot from this simulation and had a fun time discussing the differences in parties while still getting things done.

After we ended the debate, we headed back to Gooch before dinner. We were allowed to check out directly from O’Hill to explore the campus, putting us at a closer walk than usual. As a result, most of us decided to head to the Corner, browsing a few blocks of stores and restaurants. After eventually meandering back to Gooch, we ended our night with an odd combination of working on our policy proposals and re-watching The Office. 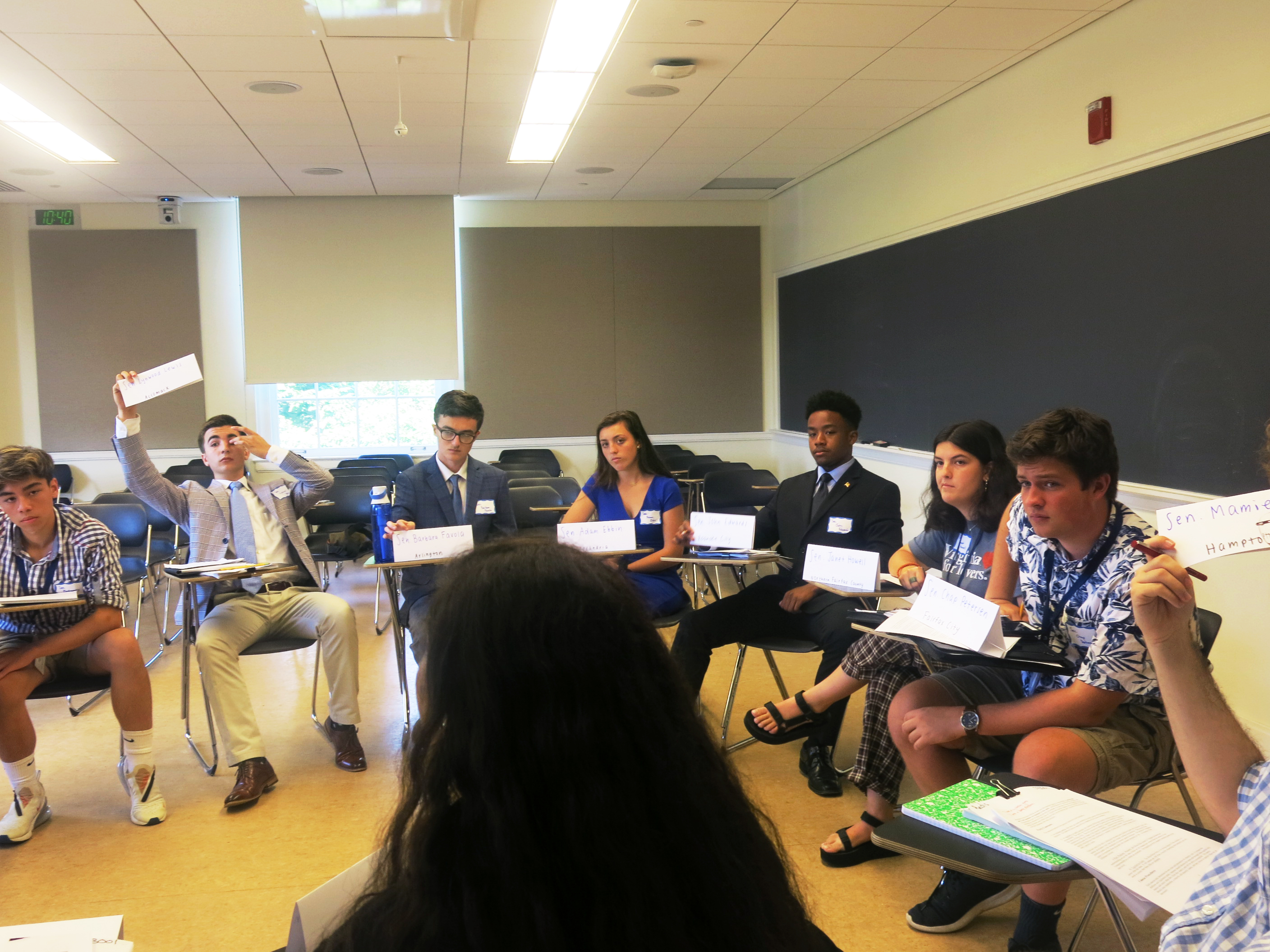